Richard La Ruina, known as Gambler within the seduction community, is a London-based entrepreneur, author and dating coach. A prominent figure in the British seduction community, he advocates a natural form of seduction.
La Ruina has featured frequently in the media, appearing on several television shows, national radio and on internet publications. 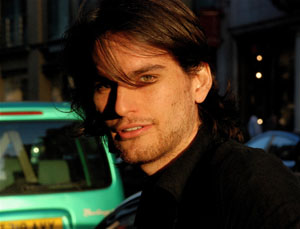 In 2007 he started his own company, PUA Training, which is the largest school of seduction in Europe and provides bootcamps in the UK and the USA, as well as 1-on-1's with instructors, and residential courses. The company was featured on a Channel 4 documentary, First Cut: The Rules of Seduction, which documented the training of men in seducing women. The show was aired in the UK on December 7, 2007 and viewed by 2.5 million viewers.

By his own admission, La Ruina was unsuccessful in attracting women throughout his early life, by age 21 he had never kissed a woman and was still a virgin. Fueled by desperation and the fear of being alone for the rest of his life, La Ruina visited London's bars and clubs to meet women, and it was at this time where he met other pick-up artists who were great role models but only provided him with an attitude and not a complete structure for meeting women.

La Ruina is also the first European PUA to publish a book on the subject of dating, which was released on November 8, 2007. La Ruina held a book signing at Borders, Oxford Street  on the launch of the book.

La Ruina emphasises the importance of not using scripted lines or routines to attract women and aims for a more natural approach, arguing that men must become their best selves in order to maintain attraction after the routines.

Use the same techniques 56,700+ men are using all over the world! Enter your email address below and get access to 10 videos instantly:

Can we be honest?

We want your email address. Let me send you the best seduction techniques ever devised... because they are really good.